Stump & Nageln is a fun traditional game often played at social gatherings and in bars around the Alps. Played with a stump/ tree trunk, some nails and a way too narrow hammer while having a beer or two this game is sure to entertain you and your friends. In Switzerland the game of Stump is known as Nageln, which literally translates as ‘Nailing’, and this fun group activity indeed requires you to nail it!

So bring a bunch of friends over to the Adventure Hostel Interlaken’ (or find a random guest that is lingering around our common area or garden), grab some beers from our bar and hit it off!

The game of stump originated in rural inns in the Swiss countryside when freshly cut tree trunks were carried around by woodworkers to local inns to celebrate after the day’s work was done. With a beer in hand the workers would challenge each other trying to hit the available nails into a tree trunk in as few tries possible. The last nail standing would be the loser and that person was obliged to buy a round of drinks for the rest of the group. 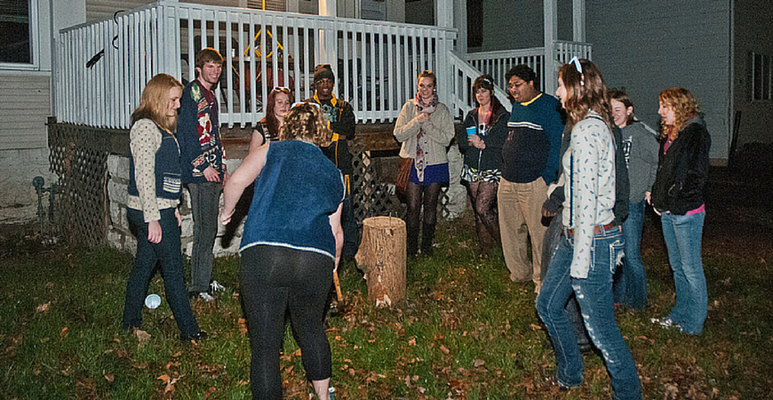 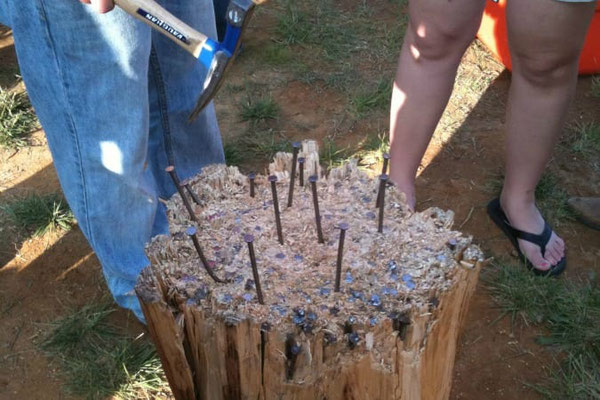 How to play the game of Stump / Nageln

To start a game of stump or nageln, all players gather around a tree stump and each player gets a nail that he lightly hammers about thumb-width (1cm/half an inch) into the tree trunk. The nails should all be about the same depth in the stump before the game begins. Subsequently all players take turns trying to drive their own nail into the tree stump. One player starts and in clockwise order everyone gets to hit their nail once.

The goal is to drive the nail all the way into the stump. Anyone who succeeds is out of the game, while the last one standing (with their nail still sticking out of the stump) is the loser. In good Swiss fashion, that person has to buy a round of drinks for the group!

Play stump & nageln in Interlaken at the adventure hostel

Stump and nageln is a great group activity based around skill, a dose of luck, munch laughter and a few drinks. Come play a game or two in the garden of the Adventure Hostel Interlaken or try one of our other group games. And while you are at it have a pizza or a fondue a discretion in our on site restaurant.